The Immortal memory of Robert Burns by Dr John Cairney

For those across the world who have had the privilege of receiving first hand, John Cairney’s Toast to the Immortal Memory of Robert Burns, the memory of words and delivery that spun their own magic, is indelible.

For those who have not – and for those who simply wish to live the moment again - he has penned this unique Immortal Memory to accompany the Robert Burns Chess Set.

If you have ten minutes of your time and the wish to relive, or do so for the first time, the genius talking of his regard for the genius of Robert Burns, we invite you to read on...

“Our monarch’s hindmost year but ane,
Was five and twenty days begun,
Twas then a blast o’ Janwar’ win’
Blew hansel in on Robin (Robert).”

Robert Burns was born in a thunderstorm, and he lived his brief life by flashes of lightning. The first revealed a miserable clay biggin or cottage at Alloway in an obscure, south-west corner of rural Scotland where he was born on the 25th of January1759, the first son of William Burnes, a market-gardener with aspirations to be a tenant-farmer.

From his mother he inherited his gypsy good looks, an easy charm, and an instinct for music, especially in song. To this was added a strong strain of sensuality, which was to prove a dubious gift in later life. From his father came his stubborn integrity and another kind of passion - a passion for words. To him, Robert owed his mind. This duality, the struggle between the man of feeling and the man of thought is at the base of his personality. In him, the body was always at war with the soul.

The opposite elements in his genes, contrasting and contradictory, gave to his nature a two-sidedness that confused and complicated his attitudes and actions and the miracle of Burns is not that he wrote so well, but that he wrote at all.

Nothing in his early life was to prepare him for poetry. Everything was directed to the daily, dreary drudgery of the kind of farming he and his family knew. Like them, he had one simple, clear goal - to survive. He had to wait for the second flash of lightning. When it did come, it didn't come from the books he was constantly reading, but in the person of a young girl, Nelly Kilpatrick.

Their first meeting, in the fields of Ayrshire, the air heavy with the scent on new-mown hay, would move him to reflect:

"I never had the least thought or inclination of turning poet till I got once heartily in love,
and then rhyme and song were, in a manner, the spontaneous language of my heart”

And so was born the first work in a truly remarkable heritage. Not for him the ramblings of untutored youth, but instead the simple genius of love, spoken from the heart.

"O once I lov'd a bonnie lass, Aye, and I love her still;
And whilst that virtue warms my breast, I'll love my handsome Nell.
"But Nelly's looks are blythe and sweet, And what is best of a’,
Her reputation is complete, And fair without a flaw.”

It was not long before the young lad blossomed into a handsome youth. His reading had given him a vocabulary which, to say the least, was unusual for a poor farmer's son. And he was not afraid to use it. This, with his saffron plaid and the first tied hair in the parish, made him a striking figure among his fellows and a dashing focus for all the local lassies.

He became known in the town as a maker of rhymes and it pleased him most to make love and verses, and generally, in that order.

Jean Armour was the first serious love of his life and was to be his last. This particular Mauchline belle, favourite daughter of the local stone-mason, was to become the wife of Burns, and the mother of their nine children, only three of whom would survive into adulthood. The last of these, Maxwell, was born on the day of his father passing: father and son, spirits passing in the night.

Jean was the rock on which Robert would build his family and she stood firm no matter how the winds blew around them. She was to remain the constant, the only factor that was to be common to both halves of his life - that is, the Burns before the publication of his poems and the Burns after it. They were to prove two quite different people but they were both Burns to Jean.

Robert Burns had many loves in his life, but he always returned to his long-suffering wife. Jean knew her husband had a roving eye but showed more understanding than any man might reasonably expect. Despite his philandering and the scattering of other offspring, Jean remained constant to Burns until his death, even adopting one of his illegitimate offspring, Elizabeth Burns, after the death of the child’s biological mother, Anna Park.

Poems – Chiefly in the Scottish Dialect

If Robert played hard by night, he worked as hard all day. He had a book to get out and most of his waking hours were spent on a high stool in Smellie’s printshop correcting proofs. His first book “Poems – Chiefly in the Scottish Dialect” was published in 1786 to instant acclaim. A second, expanded edition came out to the same rapturous reception. The heady result for a ploughman poet was that every door was open to him; every table had a place set; every hand was offered. He refused no one.

Lightning had struck again and he saw that he was famous. The world was lit up for him - the candle-lit world of Edinburgh celebrity - and he relished it. He was 27 years of age and famous, and for the first time in his life, he had leisure and the money to enjoy it. He resolved to take a holiday tour through his native land.

It was a triumphal progress. Crowds flocked to gaze on the famous Bard as he passed through. With various friends at various stages, he made a detour around the Borders, being given honours and freedoms at every stopping place.

A poet is not always the best reader of his own work but Robert Burns had the looks and voice of an actor, and his powers of conversation are well documented.

To have seen him then at 32 years of age, at the height of his powers, recite his own best work must have been as theatrically telling as any play and as infinitely moving, whether it be to his family and closest friends in front of his own fireside, or in the company of the privileged gentry, where the ploughman was at least their equal.

But a happy ending it was not to be. His own literary progeny, ‘Tam O’ Shanter’, may have escaped his devils but Burns himself was not so lucky. His own devils were the social hour and the sins of the flesh. He had thought that marriage to Jean would have dealt with the latter and his increasing work-load travelling to the country as an Exciseman, the former. But almost the opposite was true.

His work forced him away from home for days at a time. His stays at inns and taverns drew company around him and his own gregariousness saw that he was rarely out of reach of a bottle.

Robert Burns’ last years were a dwindling-down of all outside activities and a fevered concentration  on the  songs. 1796 ushered him into his fatal illness. Whether it was rheumatoid or arthritic, it matters little, his body, still bursting with songs and words, simply began to waste away. And what a waste.

He was 37, at an age when he should have been in the prime of his life and the peak of his powers. As his health continued to deteriorate, he was wrongly diagnosed by his friend and doctor, William Maxwell, as having ‘Flying Gout’ and was advised to travel to the Bow Well, Dumfriesshire - a spring containing the mineral chalybeate which was believed to have healing properties. There, he drank the foul tasting water from the iron cup attached by a chain to the well and waded daily, chest deep into the cold tidal waters.

English beauty and an admirer, Elizabeth Riddell, visited him there at sunset. “The sun still shines, " he told her. "It will not, alas, shine long for me.“

Whether or not you agree that Burns understood that and tried to live it, is for you to decide. But beyond the realms of speculation and opinion lies the final proof. It rests within over 600 songs and poems, the letters he left which trace the working of his heart until his last days, and the memories which nestle, uninvited but nonetheless welcome, in the being of every man and woman who ever turned a page of his work.

Within all of these lies the final, lasting evidence of a life less ordinary - every line Robert Burns wrote had something in it of the human condition. For he wrote with truth, and humour, understanding and love. As though to underline that contribution he gave the entire world what is to this day, the universal song of parting – sung in every corner of the globe where words are the currency of emotion - a sad farewell but not without the hope of meeting again - some other day.

And it is this that keeps him in our hearts and in our minds to this day and what makes his memory – truly immortal. 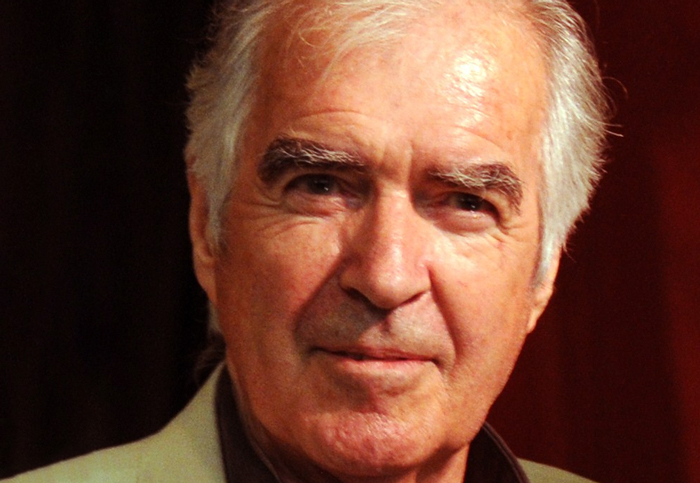 Actor, recitalist, lecturer, director and theatre consultant, author, and exhibited painter, Dr John Cairney has performed on every kind of stage from London's West End to the silver screen and television.

His life has been inexorably intertwined with the sprit of Robert Burns - from playing the Bard in the six-part Scottish Television serial, “Burns” to addressing Burns Suppers and gatherings from Pubs to Palaces, from Paupers to Princes, in every corner of the World.