In bitter irony, Robert Burns appears on the dark side of this chess set as the Exciseman. In his last seven years, Burns was a diligent tax collector, travelling many hundreds of miles each week in pursuit of his duties. This gave him not a few “moral” problems as he constantly crossed the paths of those he might otherwise support.

In March 1792, he was involved in the capture of a smugglers’ ship, The Rosamond. The ship and her contents were later auctioned and Burns is reputed to have purchased four of the cannonades, which he dispatched as a gift to the French Convention to show his sympathy with the revolution.

In yet another irony, while employed by the Excise, Burns reviled his calling by penning “The Deil’s Awa Wi’ the Exciseman.”

*Just to let you eagle-eyes know – Burns’ horse has beencorrected (as shown in the static image here) since the spins were made. The 360º spin shows the old piece. 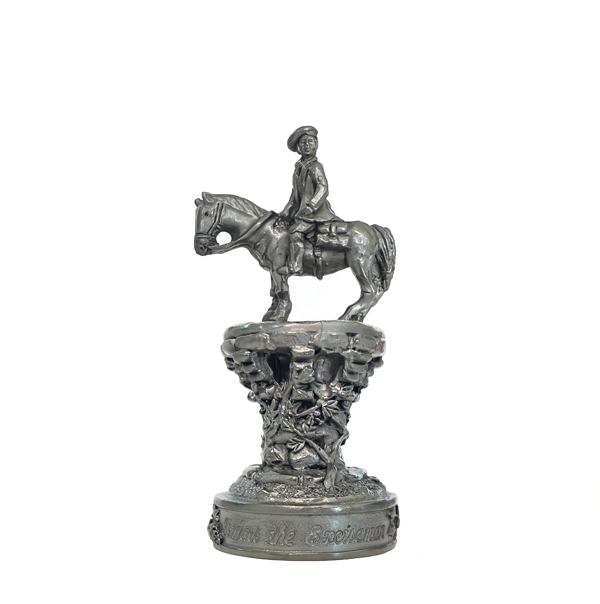 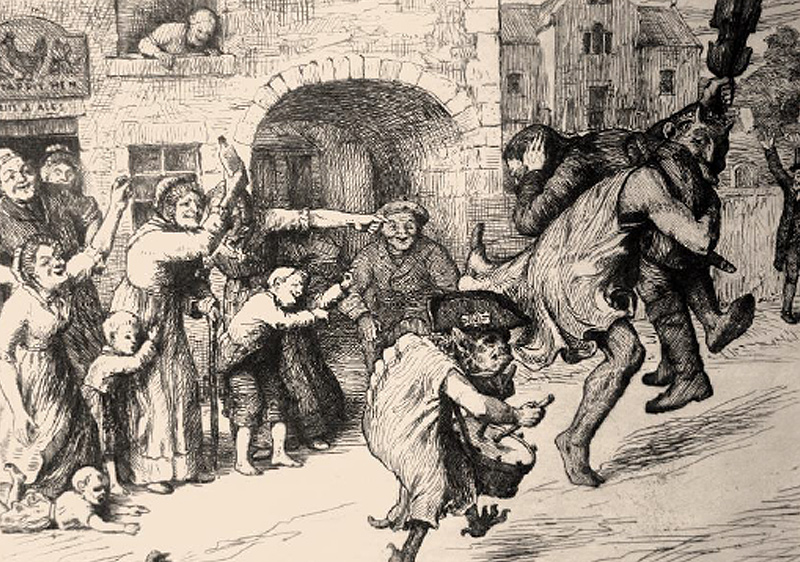